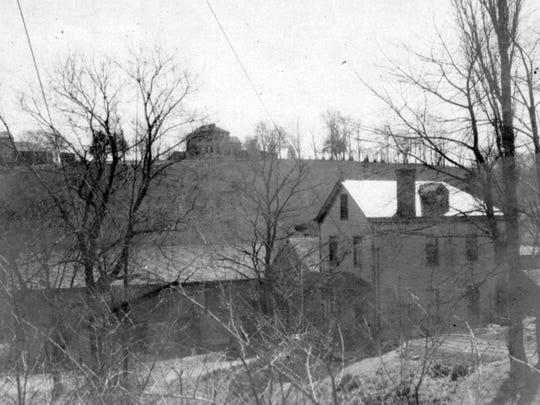 The Death Valley Farm in Westwood where George Remus operated his bourbon bootlegging.

The best story of Prohibition is that the nation’s bourbon distribution network was centered right here in Cincinnati’s West Side. As far as bootlegging goes, we hear more about Al Capone’s Chicago empire, or the loose network of rum runners in Florida. But it was an isolated three generation family farm bounded by Queen City and LeFeuille in Westwood that became known as Death Valley that controlled the best bonded hooch in America. George Remus bought nearly every shuttered distillery at the beginning of Prohibition and milked their leftover inventory. It all was bottled and redistributed here. Remus inspired the character of Jay Gatsby in F. Scott Fitzgerald’s novel The Great Gatsby. And he made an appearance in the epic HBO series Boardwalk Empire. 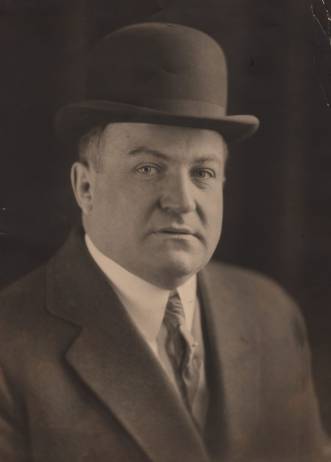 But what’s even more interesting is that this 100 acre farm started out as one of Cincinnati’s earliest catawba vineyards. So bootlegging is tied to the history of native winemaking. Gilbert Dater (1818-1904) who was born in Germany and came to Cincinnati in 1830 with his father, Adam Dater (1782-1848), bought the farm. It would become the site of several shootouts and the mission control of Bourbon King George Remus’ bootlegging operation that made him over $40 million dollars in just three years, that in today’s dollars would approach billions.

Gilbert’s father Adam, had originally settled in Lick Run, another Germanic settled area on the West Side of downtown that was known for its creek valley suitable for wine growing. The Death Valley farm was at 2656 Queen City Avenue at Le Feuille and consisted of a two story frame house and several old barns, which date back to Gilbert Dater’s time. During Prohibition, it was owned by George Dater, the grandson of Gilbert Dater, who had originally bought the farm. Gilbert had married Louisa Fein, the daughter of another Westwood vineyardist, George Fein, who owned a popular wine garden off of Harrison Avenue in the 1850s, where German clubs like the Turners and the Mannechors or Men’s Choruses came on the weekends to play. So with all that German frivoility in Westwood, no one seemed to bat an eye when Remus moved in. But then most of the liquor didn’t stay in Westwood, it went to rich homes in Indian Hill.

Gilbert Dater grew grapes and made wine with his neighbor Michael Werk, an immigrant from Alsace Lorrain in Germany, who made his fortune in soap and candles, much like Procter and Gamble, the latter who also lived in Westwood. Werk was a second career or hobbyist winemaker, but he ended up being almost as large or larger than Longworth. He was also one of the few who weathered the catawba crash of the 1860s with the use of other, more rot resistant grapes, and eventually transferred growing Concord grapes to Lake Eire. Werk and Dater made still wines and a variety of sparkling wines under the brand names Golden Eagle and Red Cross.

Werk made his sparkling wines from the Delaware, Concord, Isabella and Norton grapes – all of which stood up to the rot that ravaged Cincinnati’s Catawba vineyards. The Werk wines earned a second degree award at Cincy Industrial Exposition – they also exhibited their Red Cross Sparkling Diana and Ives wines. The Ives seedling is a Cincinnati cultivated grape still used in winemaking today, started by Henry Ives in downtown Cincinnati, and proliferated in the 1860s by Colonel Waring of Indian Hill. M Werk & Sons also got fire degree of merit for still Concord and Ives seedling wines.

The Westwood vineyards of Werk and Dater even grew a locally raised seedling called, Werk’s Diana, which others argued was not a true Diana grape. Edward Taylor, a vineyardist, in 1863 said “Around Cincinnati there is a variety called Diana, generally called Werk’s Diana which I am fully persuaded is not true, and by which by the by, I have been pretty badly bitten and which you were still inclined to think a year ago was the true. The true Diana I think very variable, this season I thought mine almost equal to the Delaware, last season I thought them hardly second rate.” Needless to say, whatever the Werk’s Diana grape’s origin, it didn’t make it into the mainstream winemaking industry or last in vineyards.

Werk moved his vineyards and winery to the shores of Lake Erie where he cultivated the concord variety of grapes and established the Golden Eagle Winery in 1861. The Golden Eagle Winery was situated on Middle Bass Island and, by 1875, was reported to be the largest winery in the United States. In addition to the winery, by 1865, Werk together with his son, Emile, established M. Werk & Son, distributors of wine and spirits in Cincinnati, Ohio.

The LeFeuille Road that the Dater Death Valley farm was on was named after the family of Michael Werk’s wife, Pauline LeFeuille, who he returned to Alsace to marry in 1843. Together they had 10 children, spreading the Werk name throughout Cincinnati and the region. The Werk candle and wine fortunes would fund the creation of two amazing Cincinnati architectural landmarks – the Werk Castle, and the “Elsa” mansion – only the latter now standing. Werk Castle was built by Michael’s spinster daughter Eugenie in 1897, and Elsa was built by his oldest son Casimir, who married out of wine and into the Hernacourt Brewing family.

George Dater, a bachelor owned the Death Valley farm but had hired Johnny Gehrum as a caretaker.  Johnny Gehrum ran the farm during the operations of Remus’ bourbon empire.    Another local, nicknamed Old Mother Hubbard, gave the Prohis all the information they needed about operations to bring Remus down and get him incarcerated in the Atlanta Penitentiary.