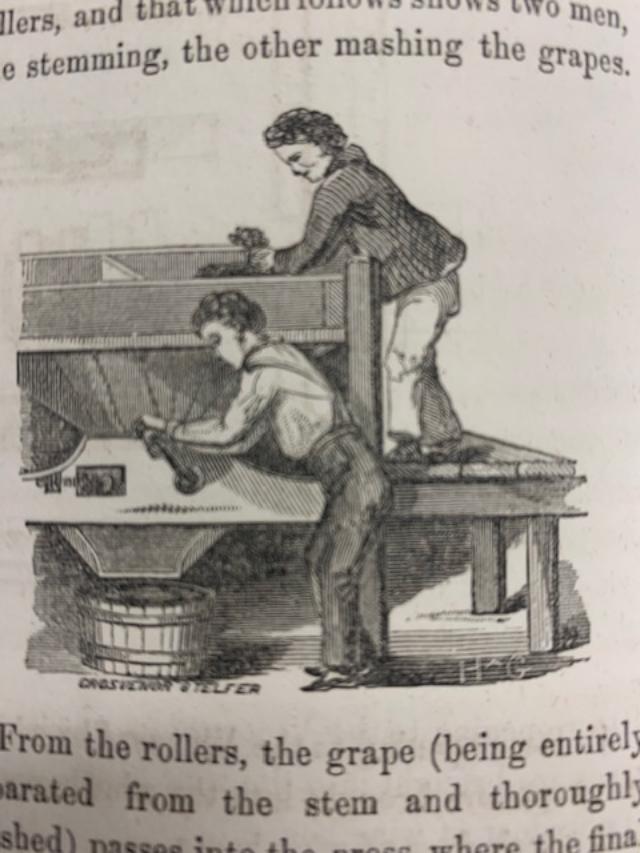 On the very industrial stretch of River Road between Anderson Ferry Road and the Cargill Plant is another Catawba Ghost town once known as South Bend or Trautmann Station.      The huge tanks and warehouses of Cargill and Morton hide what was once a bucolic scene of terraced hillside vineyards.   According to the Delhi Historical Society, there is only one remnant of its past, the Schumann Family Cemetery, which I was unable to find.   This is on the land where winegrower Charles A. Schumann (1795-1858) had 123 acres of vineyards and grew Catawba, Cape, and Isabella grapes on his southeast facing hillsides below what is now Mount St. Joseph.   He had come to Cincinnati in the 1830s and set up farming operations along the steep Ohio river hillsides like many others,

The bottoms below the hills had been the site of Ft. Miami, the western blockade guarding Cincinnati from Indian attack, like the eastern Ft. Washington.   It had been prone to flooding and the original settlement washed away, but the steep southeast facing hillsides made great topography for vineyards, and the Germanic immigrants took advantage of this.

In 1845, Schumann wrote a pamphlet called Culture of the Grape – Thoroughly Explained where he revealed his method of caring for his vineyards and touted the value of the Ohio River Valley for native winemaking.   in 1851 he had his wines reviewed by the American Winemaking Society – his Cape and Isabella wine branded Cincinnati Claret was deemed good wines, resembling a good port,  but his Sweet Catawba was given a pretty bad review.  It might be that reason that his wines found success in the church wine market – not a particularly demanding base.    He also made a still dry Catawba Wine he called Catawba Queen Victoria in 1851.    He was trying to associate his brand with the Hock white wines made popular by Queen Victoria’s visit to Hochenheimer Vineyards in Germany in 1850.      He also disparaged George Bogen Nick Longworth’s Sparkling Catawba wines saying that since they were fermented with the addition of sugar, they were not to be considered pure wines.   Grapes from South Bend / Trautmann could be easily transported via the St. Louis railroad along River Road to the  downtown Longworth Wine Houses, or made locally in small batches. 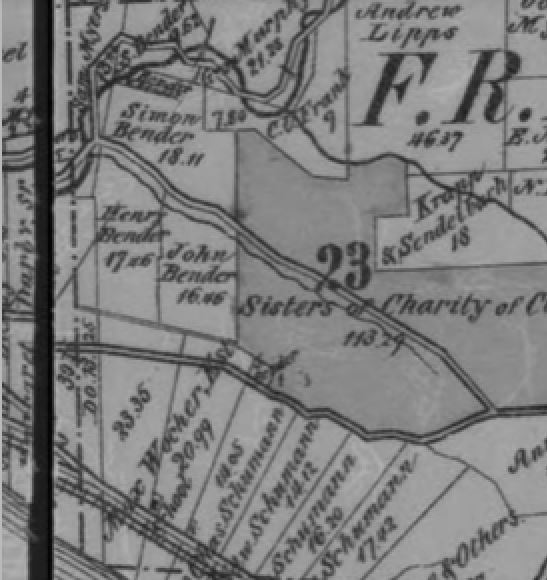 He continued to make wine until his death in 1858, but gave some interesting instructions to his family for his burial.  He instructed them to wait three days before burying him, to make sure he was dead.    He was to be buried in his pasture with a fence for protection from the cattle.   He was also to be buried in a tomb above ground, and specified that the undertaker should bury him in one of his white shirts and his summer underdrawers, but nothing else, not even socks.

Another family – that of John Ziegel – grew their own grapes along River Road east of Trautmann station and west of Mt. Echo Road, and had their own Winehouse and wine press.    John was instrumental in 1849 in forming the German Evangelical Martini Church of Storrs Township.   He had five sons, but none continued in the wine business.

The family for which the ghost town was named, Trautmann, also grew grapes on the hillside in a small several acre vineyard.   George Henry Trautmann his wife Margaret Hammerschmidt and young family came to Cincinnati from Germany in 1846 and began growing vegetables and wine.      The train station across from their land in South Bend was renamed Trautmann’s Station in about 1870.    Henry, the oldest of four sons inherited the garden and vineyard at the death of his father in 1873. Although the family focused most of their energy on vegetables and leather tannery, one grandson, Charles, operated a wine distribution business for many decades in downtown Cincinnati.